A Guide to Green Loans and Energy Efficient Tax Credits 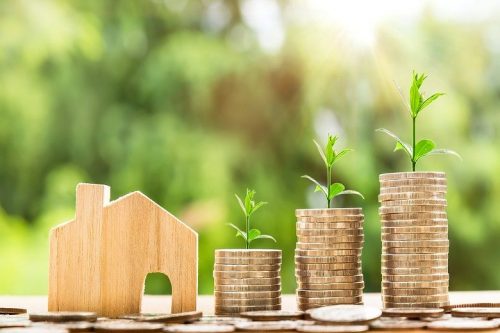 Residential and commercial tax credits are relatively simple to understand, but they can demand complex requirements to obtain and may potentially phase out over time. Utilizing either, as a private citizen at home or as a whole business, means a probable tax break with the added bonus of helping the environment.

What are Green Loans and Tax Credits?

“Green loans” are private loans that aim to increase a company’s sustainability initiatives. Banks and other lenders, such as peer-to-peer lending sites, offer green loans, and, like any other loan, you will have pay them back. Green loans can also be issued for qualified home improvement projects, such as composting or recycling, purchasing and installing solar panels or green landscaping, such as xeriscaping. It’s important to know that lenders follow the “golden rule,” where the cost of the loan is not greater than the cost of the energy saved.

There are also green tax credits, which, unlike loans, are not something that need to be paid back. Instead, the credits simply put more money back into the pocket of a business or citizen.

Changes need to be made at the individual level if we want to really influence humanity’s relationship with energy. Homeowners can save themselves some money, while also positively contributing to the planet, simply by upgrading their home systems to be more green.

Tax credits are relatively straightforward: pay $100 on a green project, and your tax is reduced by $100. The Department of Energy has a list of qualified projects, which are outlined below.

There are limits to the tax credit, which are also listed below. For example, residents can claim a 30 percent credit on solar electricity systems that are in service by the end of 2019. This will drop to 26 percent until the beginning of 2021, when it will drop again to 22 percent. Rental homes are excluded from these tax credits; the home must be the taxpayer’s primary residence. There is no upper limit for most of the credits; continuing with the solar tax credit, the 30 percent has no upper maximum. The exception to this is fuel cells, which have a cap of $500 per half kilowatt.

The Alternative Motor Vehicle Credit is a tax credit for people who purchase vehicles that use alternative fuels, such as hybrids. It applies to vehicles bought or put in service on or after Jan. 1, 2006. It only applies to the owner of the car, so the company leasing a car can claim the credit, but not the person leasing the vehicle. The taxpayer must also be the first owner, and intend to use it rather than just resell.

When manufacturers meet 60,000 cars sold, the credit amount decreases by 25 percent per quarter. Additionally, many vehicles are no longer eligible (such as Toyota hybrids) as the credit was meant to be a limited-time offer. This qualification is measured by manufacturer, not brand or model. If General Motors, which owns Chevrolet and Cadillac, sells a combined total of 60,000 vehicles (such as the Volt, Prius, or Escalade hybrid), none of which plug in, the phase-out kicks in. Each quarter for a year after the limit is hit, the tax credit decreases by 25 percent. After that year, there is no tax credit.

The Qualified Plug-in Electric Drive Motor Tax Credit is not unlike the Alternative Motor Vehicle Credit, except that it is a credit designed exclusively for plug-in electric cars. Qualified cars must be road-going vehicles that are charged from an external source,  and have a battery pack with a capacity of at least 4 kilowatt-hours. Plug-in hybrids are also eligible, provided they fit the above criteria. Traditional hybrids that do not plug in, however, do not qualified.

The Energy Efficient Mortgage Program is a type of green loan offered by the Federal Housing Administration (FHA), the Department of Veterans Affairs (VA), or conventional lenders like banks and credit unions. It’s a mortgage that builds the tax credits directly into the mortgage itself, rather than requiring homeowners file for it later, allowing applicants with higher debt-to-income ratios to qualify for loans. This, in turn, enables borrowers to get larger loans in order to purchase more energy-efficient homes.

Conventional energy efficient mortgages (EEMs) allow the mortgage lender to increase the borrower’s income equal to the estimated energy savings. The lenders supplement the borrower’s theoretical income, in an equal amount to what they will save by being energy efficient for the purpose of determining a loan. Freddie Mac, for example, does not offer EEMs, but can underwrite for energy efficient improvements in their offer. Unlike FHA EEMs, these are not federally backed loans.

FHA EEMs allow for a maximum amount that is the lesser of 5 percent of:

The VA offers up to $3,000 extra borrowing if the only documentation is contractor bids or improvements costs, or $6,000 if the projected energy savings exceeds the increase in mortgage payments.

Modern businesses will likely want to take the lead on the sustainability in order to be ethical examples. This responsibility will extend from top-tier CEOs, to small business owners. No matter the size, businesses can qualify for energy tax credits while helping preserve the environment. Business taxes can be complicated, and demand for qualified accountants is growing. Businesses can hire accountants to keep their environmental initiatives in check and ensure the initiatives qualify them for tax credits. These tax credits can then help alleviate some of the stresses of doing business, especially smaller businesses, all while doing the world some good.

The Business Energy Investment Tax Credit (ITC) was created under the same legislation as the tax credit programs listed under the Residential Renewable Energy Tax Credit but affects businesses.

Other Sources of Green Loans and Energy Efficient Tax Credits

The above sources are all federal tax credits and loans, but there other ways to get money for “going green.” Between state tax credits and private loans, there are plenty of ways to upgrade your home or business to be more environmentally friendly.

Your state probably offers some specific tax credits, but they are only available to residents and businesses of that state. The DOE offers a searchable list of tax credits, rebates, and savings available to residents in all states with their own programs and incentives. The North Carolina Clean Energy Technology Center also provides a map of incentives by state with their Database of State Incentives for Renewables and Energy.

There are companies that specialize in providing private green loans. This isn’t necessarily a bad idea, but it’s probably better to first consider the above options before going private. Many of the above options are backed by federal or state governments, rather than purely for-profit companies.

Many banks are now getting in on the environmental, social, and governance loan business, or ESG, as a way to promote sustainability in businesses. They allow the loan to be used for anything, but will reduce interest rates after the first year if the company meets certain sustainability goals.

Until the 1970s, tax policy was concerned with producing oil and natural gas. No thought was given to alternative energy usage or conservation of resources. However, the ‘70s saw quite a bit of change in the world, paving the path for green incentives.

Sustainability started catching on in the 1970s. Thanks to an oil embargo leading to infamously long lines at gas pumps across the US, the Iranian Revolution, and sizable revenue losses due to changing oil and gas taxes, energy policy shifted to alternative energy and conservation.

The Energy Tax Act of 1978 began taxing cars that had poor fuel economy. It also instituted energy tax credits, beginning the shift towards sustainability instead of focusing on trying to produce as much fossil fuel energy as possible. Instead, the tax credits promoted the use of synthetic, solar, wind, geothermal, and biomass fuels.

Free Market Approach in the 1980s

The U.S. relied on the free market more in the 1980s to govern energy use and production. The Reagan Administration was largely neutral on energy tax policy, with the New York Times calling legislative inaction associated with energy a “stalemate,” the government declined to promote one type of energy over another. Many of the tax credits enacted in 1978, as such, would expire and would not be not replaced for a while.

After the Free Market era, focus shifted again to alternative fuels during the George H.W. Bush and Clinton administrations. Energy conservation was once again in the limelight, with policies instituted meant to reduce the demand for imported oil. Other policies aimed to reduce greenhouse gases and global climate change.

It was around this time that banks began making green loans available, with the DoE beginning its sustainability-focused loan program. Wells Fargo and Bank of America also began issuing loans meant for sustainability.

In 2008, Bush approved the Emergency Economic Stabilization Act, more commonly known as the “Bailout Act.” This put many tax credits back in place for 2009, but did not cover any 2008 expenditures.

The Obama Administration was relatively aggressive with incentivizing alternative energy. A year after the Bailout Act, Obama signed the American Recovery and Reinvestment Act of 2009. This made a number of changes to tax credits and incentives. It raised the credit from 10 percent to 30 percent, while increasing the cap from $500 to $1,500 for two years. Other improvements subject to the credit, such as solar panels, had caps entirely removed. Credits for 2009 were also extended a year, while efficiency standards for fossil fuel devices, such as central air conditioning, changed.

Obama later signed the Tax Relief, Unemployment Insurance Reauthorization, and Job Creation Act of 2010, which extended tax credits, but reduced the credits to his predecessor’s levels.

The Bipartisan Budget Act of 2018 was passed in February 2019, which will keep many of the above tax credits for at least a few more years. It reinstated the nonbusiness energy property credit for 2017, as well as small wind energy, qualified geothermal heat pump qualified fuel cell property credits through 2021.

The ITC was given a 5-year extension, phasing out portions as mentioned earlier.

The US is clearly moving towards green energy, despite the president’s calls to bring back coal. Legislation paints a different picture; many tax credits remain, while new ones are being added. The future for renewable energy is bright.