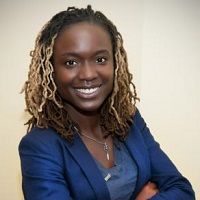 Sheena C. Howard, Ph.D., is one of Rider’s most outspoken voices in print, online and on air. Author of Black Comics: Politics of Race and Representation (2013), Black Queer Identity Matrix (2014), Critical Articulations of Race, Gender and Sexual Orientation (2014), Encyclopedia of Black Comics (2017) and co-writer of Superb, a critically acclaimed comic book about a superhero with Down syndrome. She is the director, writer and producer of Remixing Colorblind, a documentary about the ways in which the educational system shapes our perception of race and “others.” She has appeared as a guest on networks such as PBS, NPR and ABC.

Learn more about our programs.
Get Program Details
X