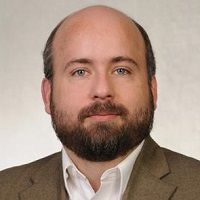 David R. Dewberry, Ph.D., is primarily a political rhetorician with a focus on free expression. He is the former editor of the Communication Law Review and First Amendment Studies. His scholarship has been recognized with the Franklyn S. Haiman Award for Distinguished Scholarship in Freedom of Expression by the National Communication Association, the James Madison Prize for Outstanding Free Speech Scholarship by the Southern States Communication Association, and the Richard S. Arnold Prize for First Amendment Scholarship from the University of Arkansas. In addition to his work at Rider University, he was a visiting fellow at Harris-Manchester College, Oxford University and taught for the Junior Statesmen Program at Yale University, Georgetown University and at the American Samoa Community College. He is also the author of “Music as Rhetoric: Music in the 2012 Presidential Campaign” in Robert Denton’s Studies of Communication in the 2012 Presidential Campaign, and “Musical Rhetoric: Popular Music in Presidential Campaigns,” which appears in the Atlantic Journal of Communication. In his spare time, he enjoys visiting offbeat tourist attractions.

Learn more about our programs.
Get Program Details
X