What Does a CEO Do? 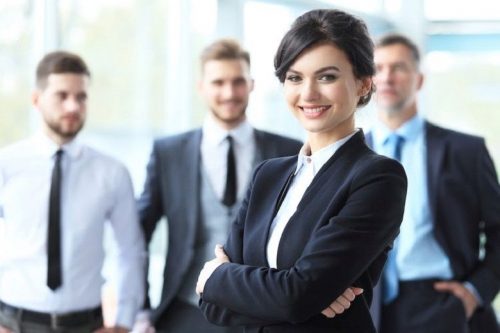 Every company has a leader, and most companies are led by a chief executive officer (CEO). Those who find themselves wondering, What does a CEO do? should know that the CEO’s day-to-day responsibilities will depend on the size of the company.

In large organizations, such as Facebook and Apple, CEOs are responsible for managing operations and making major decisions tied to the company’s growth plan. They’ll decide the markets that their organizations should enter and act as the main source of communication between the company and its board of directors. In smaller companies, such as a local pet grooming franchise, the CEO will be focused on forwarding the company’s growth plan, but they’re also likely to be involved with day-to-day operations.

Steps for Becoming a CEO

Professionals who start companies will often serve as their CEOs, but in the corporate world, the first step toward becoming a CEO is to obtain an education.

According to research from Christian Stadler, professor at Warwick Business School in Coventry, England, and author of Enduring Success: What We Can Learn from the History of Outstanding Corporations, “Just over half of Fortune 100 CEOs have a degree in business, economics or accounting, while 27% studied engineering or science, and 14% law.”

Consider a Master of Business Administration

Although obtaining a Master of Business Administration (MBA) degree isn’t a requirement to become a CEO, completing a graduate degree can often be helpful. A 2018 article published in U.S. News & World Report found that nearly 40% of the top 100 CEOs in that year’s Fortune 500 list had completed an advanced degree.

In 2015, Forbes found that nearly 75% of CEOs on the Fortune 100 list had prior experience working in corporate operations, and 32% were previously chief financial officers. A smaller percentage had experience working in a big consulting firm like McKinsey & Company before assuming a chief executive role.

Those who continue to ask, What does a CEO do? and wonder what skill sets are needed to be successful in that role should know that CEOs share many personal traits, including drive and ambition. Superior communication and listening skills are also a must, as they help CEOs receive information and relay strategies to their team in an accurate, efficient manner.
Lastly, developing the skills to build professional connections, both internally and externally, is paramount for two reasons. First, networking can often lead to new business opportunities. Second, interpersonal connections can lead to introductions to advisers, vendors and business specialists.

Salaries of a CEO

Data from the U.S. Bureau of Labor Statistics (BLS) indicates that the median annual salary for chief executives was $189,600 in 2018. The lowest earners took home less than $68,360; the top earners, more than $208,000.
While this class of executives is among the highest paid workers in the country, their salaries can vary widely based on organization and industry. For example, the mayor of a major city is often viewed as a chief executive: In 2018, Bill Peduto, the mayor of Pittsburgh, earned $108,131. But CEOs at large companies tend to earn substantially more.
According to the Bloomberg Pay Index, Tesla CEO Elon Musk earned $513 million in 2018, while Apple CEO Tim Cook earned $141 million in the same period. Facebook CEO Mark Zuckerberg, on the other hand, receives an annual salary of $1, although TechCrunch reports that a 2018 U.S. Securities and Exchange Commission document indicated that he received about $22 million in “other compensation,” including travel and personal security costs.

Future Growth of a CEO

Data from the BLS suggests that employment of top executives is projected to grow by approximately 6% between the years 2018 and 2028, which is the same as the average for all other occupations.

Your Path Toward Becoming a CEO Starts Today

Professionals who are interested in pursuing their dream of becoming a CEO are likely to find that completing an MBA, such as Rider University’s online MBA program, can help them toward that goal.

This dynamic program has been designed to help students develop leadership skills, enhance existing communication capabilities, and acquire the decision-making and management expertise needed to effectively lead a team. Discover how Rider University’s online MBA can help prepare you for a CEO career.

Advanced Degrees in Business: Is an MBA Worth It?

Climbing the Ladder: Taking the Steps to Become a CEO

What Makes Leadership in Business So Important?

Business Insider, “The 5 Highest Paid CEOs of 2018” Forbes, “How to Become a CEO: These Are the Steps You Should Take”

Forbes, “What Do CEOs Do All Day?”Harvard Business Review, “The CEO’s Guide to Retirement”

The Balance Careers, “What Does a Chief Executive Officer (CEO) Do?”