8 Types of Personality Tests in Psychology 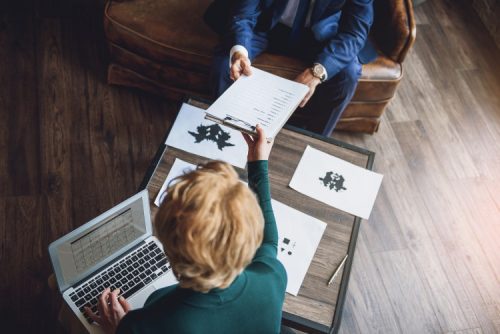 One way for hiring managers to screen for this fit is to employ personality assessments, which offer a general overview of a candidate’s character traits. Many types of personality tests in psychology exist, and knowing the differences between them can be crucial for hiring managers striving to make sound decisions about staffing and team building.

What Are Personality Tests?

A personality test is a tool that psychologists developed to help assess and categorize the different types of human personality. Test administrators can use these assessments to determine the traits that a test taker might display in different situations. These tests seek patterns of behavior that can paint a bigger, fuller picture of what kind of person the test taker is. (Some tests are self-administered, allowing individuals to interpret their own results without outside guidance or consultation.)

How Do Personality Tests Work?

While different types of personality tests can work in different ways, most follow a basic formula:

What Are the Pros and Cons of Personality Tests?

Personality tests are well-established psychological tools, but they aren’t foolproof. The pros and cons of personality tests must be carefully considered, particularly in hiring or screening applicants.

Hiring managers can gain several benefits from using personality tests in their applicant screening process. These include:

Personality tests allow hiring managers to make data-driven assessments of different job applicants and base their hiring decisions on quantifiable metrics. These metrics can be useful to check against unconscious biases, ensuring that the hiring manager’s decision is based on empirical evidence rather than a “gut feeling,” which may reveal prejudices.

The use of well-designed testing systems to evaluate and compare candidates can sometimes provide companies with a legal defense against allegations of discriminatory hiring practices. The more the hiring process relies on quantifiable data, the easier it is for a company to claim fair, transparent standards.

A résumé gives ample information about an applicant’s educational background, skill set and technical proficiencies. However, résumés and interviews can only reveal so much about an applicant’s personality. A psychological assessment allows the hiring manager to get better preliminary data about what character traits the applicant would bring to the workplace and how those traits might affect current team dynamics.

Personality tests can offer further insight into a job applicant’s skill set. For example, when hiring salespeople, it’s often desirable to find applicants who are good at listening to others, conveying their interest and thinking on their feet. These skills are hard to quantify on a résumé or cover letter, but a personality assessment may reveal them.

Here are a few potential drawbacks of using personality tests in the hiring process.

One of the most common pitfalls of personality testing is that some applicants may try to manipulate their results by giving the answers they think the employer wants to hear, as opposed to answering candidly.

Sometimes, companies use the wrong test for a situation. For example, the famous Myers-Briggs test categorizes people by whether they’re introverts or extroverts — this information may be useful for some positions but irrelevant for others.

While personality tests can help guard against unwitting bias, the tests themselves may also be biased. For example, the wording of a test question may contain a subtle bias against applicants who struggle with mental illness, potentially disqualifying them from work.

4 Types of Personality Tests in Psychology

Clinical psychologists draw on a number of empirical tests and assessments. Four of the most common types of personality tests used to refine a diagnosis or develop a treatment plan are the Rorschach test, Thematic Apperception Test, association test and sentence completion test.

In a Rorschach test, psychologists show their subject a series of images (usually 10), each image displaying a black or gray inkblot. Test takers are asked to characterize these images, describing what they see in each one.

Rorschach tests may be used to evaluate personalities by comparing them with societal norms. However, because answers to Rorschach tests are difficult to standardize, the test is often seen as an inaccurate or overly subjective method of psychological testing.

The Thematic Apperception Test (TAT) is sometimes known as the picture interpretation technique. In this form of testing, test takers view a series of ambiguous images, and then characterize what they see: What’s happening in this scene? What events led to this scene? How’s each character feeling right now?

In some ways, TAT is similar to a Rorschach test; the key distinction is that Rorschach inkblots are abstract forms, whereas TAT testing involves concrete scenes that may include men, women, children, animals, and different settings or situations.

Psychologists often use the TAT method to help patients express emotions or simply to serve as an icebreaker. While affording some psychological insight into an individual’s personality, the TAT method has received criticism about lack of standardization similar to that leveled against the Rorschach test.

An association test helps psychologists examine the organizational properties of the mind by assessing the cognitive connections that underlie meaning, memory, reasoning, motivation and language.

A sentence completion test relies on some of the same principles as an association test, but instead of providing a single word, the subject provides the end of a sentence. For example, the psychologist administering the test might say, “I feel frustrated when,” and the subject then finishes the thought.

A sentence completion test can give insight into how the subject connects different topics or artificial stimuli or how the subject reacts to particular circumstances or outside stressors.

In addition to commonly used psychological assessments, several other personality tests are used for hiring. Four of the best known include the Myers-Briggs Type Indicator, the Caliper Profile, DiSC and the Enneagram.

The Myers-Briggs Type Indicator (MBTI) is generally a self-administered test. Job applicants may be asked to provide their answers to a standardized set of multiple-choice questions, which are mostly focused on how the applicant would feel, think or behave in particular situations. For example, the MBTI might ask whether applicants feel comfortable in a big crowd or whether they consider themselves adventurous by nature.

Hiring managers can use these basic personality categories to assess strengths, weaknesses, likes, dislikes and general compatibility with the rest of the team.

The questions in the Caliper Profile are either multiple-choice or true or false. The test results help determine the applicant’s proficiency in leadership, communication, decision-making and other key workplace competencies.

The Caliper Profile is more focused on workplace behaviors than the MBTI. An example item might be, “I always plan ahead for company meetings.” The applicant would score this as either true or false.

The DiSC profile assessment is used in business settings to assess how an individual communicates and interacts with others. The goal is to help employees better understand their own communication style and to give the entire team a shared language with which they can resolve conflict or improve interpersonal relationships.

The DiSC assessment is a self-administered questionnaire that evaluates subjects according to four basic personality categories:

The Enneagram is a self-administered questionnaire in which subjects answer a series of inquiries and are then categorized by personality type. Although nine primary Enneagram types exist, most applicants are evaluated as having a primary and secondary personality type; for example, an individual may be a 4w5 (Four with a Five-Wing), the type that primarily displays the attributes of an Enneagram type 4, but also has inclinations of a type 5.

Enneagram questions are usually simple phrases with which the applicant agrees, disagrees or is neutral. Examples include “I strive for perfection,” “I feel my emotions very deeply” and “I am prepared for any disaster.”

Before developing a personality assessment program for their hiring process, employers must wrestle with a core question: Are personality tests accurate?

Though experts develop these tests using sound psychological principles, and many are championed by psychologists as being at least somewhat effective, important criticisms of how personality tests work exist.

One of the most enduring criticisms of personality tests is that they can produce inaccurate or unreliable results, simply because the subject’s personality may fluctuate from day to day. Scientific American quotes psychological researchers who allege that the MBTI, in particular, can be poorly worded and produce “bogus” answers.

Other psychologists say that trying to box people into psychological categories oversimplifies the human condition. The superior tests are those that offer a spectrum, or continuum, as opposed to discrete categories. Such tests may allow individuals to be compared relative to each other, rather than placed into narrow, predetermined boxes.

Also, job applicants can themselves interfere with test results, expressing the answers they believe are “correct” rather than providing an honest self-assessment.

For employers, it’s crucial to evaluate any personality test for potential biases or shortcomings and ensure that they take these issues into account when using personality tests as part of the hiring process.

Personality tests may prove helpful to anyone seeking a greater understanding of human behavior, whether in psychiatric intervention or job applicant screening. However, it’s important to have a clear sense of how these tests work, how accurate they really are and what their shortcomings are.

A good way to develop these competencies is by pursuing a formal degree in psychology or a similar field. Consider Rider University’s online Bachelor of Arts in Psychology program, which gives students the skills they need to apply psychological principles in the workplace. Learn more about the program and how it can equip you to fully understand both the usefulness and the limitations of personality assessments.

How to Become a Mental Health Counselor

What Is the Role of a School Psychologist?

Business.com, “Do You Have the Right Personality for Your Job?”

Business News Daily, “The Personality Traits That Will Get You Hired”

DiSC Profile, What Is DiSC?

G2, “Personality Tests for Hiring Are a Must-Have”

Verywell Mind, “An Overview of the Myers-Briggs Type Indicator”

Verywell Mind, “What Is a Personality Test?”

Verywell Mind, “Why the Thematic Apperception Test Is Used in Therapy”