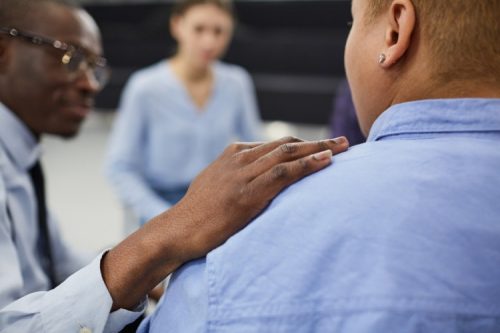 Every year, tens of thousands of refugees find shelter in the United States, beginning new lives and seeking new opportunities for themselves and their families. Though these refugees have left their homelands behind, they often carry lingering trauma with them, as they deal with the anxieties caused by unstable social situations along with the stresses of immigration and beginning life anew.

For these refugees to enjoy the highest quality of life, they often require access to mental health services and resources. Thankfully, many refugee mental health resources are available.

Refugee Mental Health at a Glance

The refugee experience can be marked by stress and trauma, caused both by the unsettling social conditions that lead individuals to flee their homes as well as by the difficulties inherent in starting a new life in an unfamiliar place.

Some specific causes of refugee mental health conditions include:

Many refugees come to America with families, including young children, which may add to their anxiety; at the same time, refugees must often leave friends and loved ones behind, which can contribute to worry and displacement.

The refugee community is socioeconomically heterogeneous, and individuals in different demographic groups may experience different kinds of trauma and mental health concerns. According to a 2018 study from the Kansas Journal of Medicine, Arabic nations account for the recently increasing number of asylum-seekers in the world, particularly in Europe. The study also reports that refugees from along the Burmese-Thai border experience significantly higher rates of anxiety and depression than the general U.S. population; this is just one example of how certain refugee populations face acute risks for mental health conditions.

Refugee mental health concerns don’t only affect adults; they can also have a significant impact on children. The same Kansas Journal of Medicine study notes that, following a forced migration, many children are shy and reluctant to connect with other children. Additionally, refugee children experience high levels of depression, trouble sleeping at night and other mental health conditions.

The difference in prevalence of mental health disorders between refugees and others is sobering. In the Kansas Journal of Medicine study, 41% of Karenni refugees along the Burmese-Thai border experience depression; among the general U.S. population, the rate of depression is just 7%. Meanwhile, the Psychiatry & Behavioral Health Learning Network reports that 33.9% of refugees deal with suicidal ideation. This study also confirms that the rate of mental distress is considerably higher among refugees than nonrefugees.

A number of specific mental health conditions may be exacerbated by forced migration. Here are just a few of the most common examples:

Statistics from the American Psychiatric Association show that the rate of depression among refugee populations vary, but in some cases it may be as high as 44% within a specific settlement or community. A number of factors may contribute to depression, including level of social isolation, occurrence of chronic physical conditions and lack of access to social support services.

In 2018, a Frontiers in Psychiatry study considered the rate of mental health disorders among Syrian refugees who relocated to Germany, noting that more than 13% exhibited symptoms of moderate or extreme generalized anxiety disorder. Potential causes of anxiety may include the general strain of forced relocation, concern for loved ones left behind in an unstable area and even the logistical headaches of the resettlement process itself.

Refugees are also more vulnerable than the general population to substance abuse disorders. According to a study from the World Health Organization, “Becoming a refugee influences risks for substance use disorders due to high levels of distress and mental health problems, disruption of protective community networks, transformation of social roles, changes in access to substances and weakened enforcement of substance control policies.”

To learn more about recognizing the signs of refugee-related mental health disorders, consider these resources.

When left undiagnosed or untreated, mental health problems can have a widespread impact, not just among refugees but within the broader community as well.

Untreated mental health conditions can have a significant impact on the development of refugee children. The American Psychological Association reports that refugee children may experience long-lasting effects from the trauma they witness, including lifelong difficulty forming and sustaining relationships, as well as potentially debilitating mental illness.

Untreated mental health conditions may make it more difficult for refugees to integrate into their new culture. Refugees who struggle with anxiety, depression or post-traumatic stress disorder may be less willing to meet new people and form new friendships, and they may have a harder time holding steady employment or succeeding in academic settings.

A number of social factors may contribute to prolonged struggles when it comes to refugee mental health disorders, including:

Mental health disorders are common in refugee populations, but, thankfully, a number of resources are available.

Resources Regarding Depression and Anxiety

For those battling depression or anxiety, consider these links:

For refugees struggling with drug or alcohol addiction, these resources may prove useful:

For refugee parents who are concerned for their children’s well-being, these resources may be helpful:

Mental health professionals may avail themselves of a number of treatment strategies, all of which can be effective in helping refugees cope with mental health conditions and ultimately thrive in their new homes.

Some of the most notable strategies include the following:

Refugee mental health concerns are all too common, and they can be debilitating. The good news is that treatments and resources exist to provide relief for members of this most vulnerable population.