What Is a Redshirt Freshman? 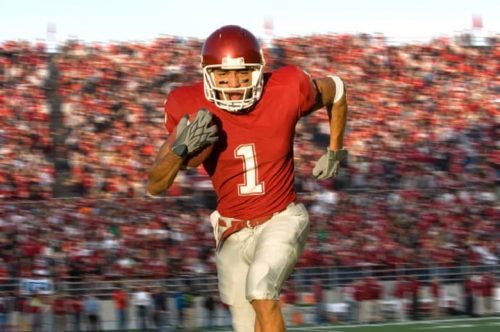 A redshirt freshman is an academic sophomore in the first year of athletic participation after being held out of competition for the first academic year. NCAA student-athletes are generally allotted four years of athletic eligibility (seasons of competition) to be completed over a five-year period. In most collegiate sports, student-athletes will lose a year of eligibility if they compete in even one second of a game during their first year, though some exceptions exist. To preserve a year of eligibility, many students will redshirt their first year.

Coaches, athletic directors and other leaders who want their students to achieve at the highest level in both their academic and their athletic pursuits should understand the benefits of the redshirt freshman. Although some student-athletes may be resistant to it, redshirting provides them with an opportunity to further hone their skills on and off the field by limiting their playing time and extending their eligibility.

What Does Redshirt Mean?

Despite its widespread use, “redshirt” is not an official term. The label is a reference to the red jerseys that players commonly wear during practice scrimmages against the team starters; its earliest use dates to the 1950s. Though commonly used to refer to freshmen, the concept of redshirting can also apply to situations involving injury or students who transfer to another school.

Student-athletes who redshirt are still allowed to practice, be in uniform during games and take part in other team activities. They have more time to learn the playbook and get stronger in the weight room, to say nothing of the academic advantages they receive.

Because student-athletes are competitive by nature, redshirting may hold negative connotations for some as it restricts their ability to contribute to the team right away. However, plenty of star athletes sat out their freshman year. For example, three-time Pro Bowler and first-team All-American running back Le’Veon Bell redshirted, as did Seattle Seahawks’ Super Bowl-winning quarterback Russell Wilson. Not all student-athletes will achieve the same level of success, of course, but taking an extra year to develop mentally and physically has its advantages.

Although the NCAA is inextricably linked with sports, it describes its foundational principle as “students first” and is committed to helping student-athletes in their scholarly pursuits. Consequently, student-athletes must meet and maintain certain academic standards to participate in NCAA sports. It’s not always easy to commit equally to this dual role, and because of the level of commitment required — and the potential, however slim, for professional success — student-athletes may sometimes feel pressure to prioritize sports over their academic pursuits. Redshirting can provide an opportunity for student-athletes to focus on their education while remaining involved with their team.

Can a Redshirt Freshman Play Sports?

Typically, once student-athletes or their coaches decide to redshirt their first year of eligibility, they’re not allowed to play against outside competition. They may practice, take part in strength training and participate in other activities with their team, but they can’t compete or travel with the team. Recent rule changes have provided some exceptions to this policy.

A 2018 rule change in NCAA Division I college football allows a player to compete in up to four games in a single season without sacrificing redshirt status. The rule can be applied to student-athletes at any level, not just true freshmen. The new policy, which coaches and players alike have widely embraced, has had a positive impact in several ways.

Division I coaches said it provides extra motivation for freshman players to stay engaged, knowing there’s a chance they could see real playing time in their first year. It’s been a boon for coaches as well, providing needed roster depth by allowing them to plug first-year players into the lineup when veterans go down with injuries without having to worry about burning their redshirt. It has also allowed freshmen to play in bowl games when star players opt to sit out to prepare for the NFL draft.

The onset of the COVID-19 pandemic has disrupted college sports, forcing many schools to postpone or cancel their seasons and complicating eligibility rules. In response to the crisis, the NCAA initially voted to allow schools to restore a season of competition for student-athletes who had competed in the abbreviated 2020 spring season, effectively extending each student’s five-year clock by a year. As the pandemic has persisted, the NCAA has also extended the same flexibility to student-athletes who compete in fall and winter sports, across all divisions.

Therefore, freshmen entering their first year of athletic eligibility in the 2020-2021 academic season can compete without risking burning their redshirt. The NCAA explained that, given the uncertainties swirling around college sports, it wished to give student-athletes peace of mind that they wouldn’t lose a season of athletic eligibility if COVID disrupted their season.

While the concept of choosing to redshirt — a decision that coaches typically make — may seem relatively straightforward, other aspects of redshirt freshman rules can be fairly complex, such as those related to season-ending injuries, academic performance and transfers. Additionally, some redshirt rules vary by sport.

Student-athletes who sustain season-ending injuries may apply for what’s known as a hardship waiver, also commonly referred to as a medical redshirt. This allows them to preserve a year of competition, even if they’ve played in games. For example, if a redshirt freshman suffers a season-ending injury, a medical redshirt would allow for extending the eligibility. Due to the 2018 rule change, college football players must meet strict criteria to be eligible for a medical redshirt: The injury must have occurred in the first half of the season, and they can’t have played in more than three games.

To be eligible to play in the NCAA, college-bound student-athletes must meet certain academic standards. For Division I schools, for example, this includes completion of 16 core courses and a minimum GPA of 2.3. These standards must be maintained once students are enrolled or they risk being redshirted and ineligible for competition. If a student-athlete falls short of these requirements due to extenuating circumstances, the school may apply for a “progress-toward-degree” waiver to allow the student-athlete to compete. A reason for granting such a waiver is a serious medical issue or other personal hardship.

According to NCAA guidelines, student-athletes who transfer to a new school are typically not immediately eligible to play and must spend an academic year in residence at their new school before being allowed to compete, though they are still allowed to practice and take part in team activities. The year in residence is considered a redshirt season and may count against the student’s five-year clock. However, students may be eligible to compete at a new school right away if they:

Rules governing redshirting differ across collegiate sports. The four-game rule that applies to college football, for example, doesn’t apply to other sports. In college basketball, players may not compete at all during their redshirt season or they lose a year of eligibility. Additionally, college basketball players may take a medical redshirt, but only if they played in fewer than 30% of their team’s games in a season.

What Are the Benefits of Redshirting in College?

There are numerous benefits to participating in sports while pursuing a college degree, some of them lasting long after graduation. Recent research by Gallup and the NCAA found that student-athletes who graduated between 1975 and 2019 possessed a greater sense of well-being in many aspects of their lives than those who didn’t participate in sports at the collegiate level. In the short-term, the benefits of redshirting in college may also include the following:

A redshirt freshman who views the redshirt season as a learning opportunity can enter the first year of competition with an extra measure of maturity. The student-athlete can use that first year to master the playbook, learn from veteran team members and coaches, and train and get stronger in the weight room. This way, when taking the field or the court, the student-athlete will be ready to perform at a high level.

The college experience can be overwhelming, particularly for student-athletes who have to juggle academic and athletic responsibilities. For many, it’s the first time they’ve ever been truly on their own. Using the extra year redshirting provides to acclimate to campus life is beneficial. Though student-athletes in their redshirt season may not travel with the team, this gives them an opportunity to settle into their college experience.

Because the odds of competing at the professional level are so remote, student-athletes must take their time in the classroom as seriously as their time on the field. Redshirting allows them to invest even more time in their academic pursuits and take advantage of the many resources available to college students, such as a tutor or a career counselor.

Rather than viewing it as a setback, student-athletes should look at redshirting as an opportunity to develop skills that will benefit them on and off the field, in college and beyond. Students who redshirt can take advantage of that extra time to train their body and mind, focus on their education, and settle into college life. Redshirting is also an opportunity for coaches and other athletic leaders looking to get the most out of their players while helping them pursue an education.

Rider University’s online Master of Arts in Athletic Leadership offers multiple tracks, such as Coaching and Career Exploration, to help sports professionals specialize their skill set to achieve their goals.

How to Become a Basketball CoachSports Law in Action: Legal Issues in the Sports Industry

What Is Sports Analytics? Using Data to Gain a Competitive Edge

ESPN, “Four Weeks In, All the Answers to Your Redshirt-Rule Questions”

Medium, “The Benefits of Redshirting”

Sports Illustrated, “The NCAA’s Redshirt Rule Change Is a Major Win for Both Coaches and Players”