Conflict Resolution in the Workplace: Techniques and Strategies 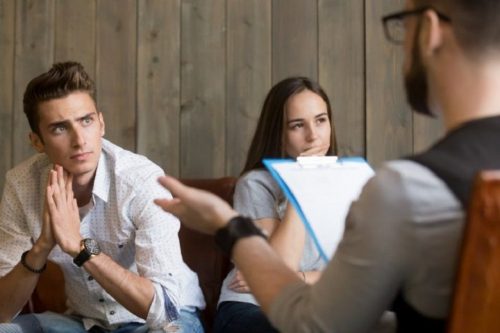 Conflict is a normal part of everyday life. All of us have experienced friction or disagreements with the people who are close to us, whether that’s parents, siblings or a spouse. Conflict can also happen in the workplace, with discord arising between coworkers. Sometimes, this can be the result of a substantive disagreement about company decisions; in other cases, it may simply be a clash of personalities.

Conflict in the workplace has fallout. For one thing, it lowers morale. Simply put, nobody wants to come to work in an environment where there is bickering or constant turmoil. This can impede recruitment and retention, as negative work environments repel talented employees. A high level of conflict also sabotages productivity. Employees in conflict are far less likely to collaborate or work together toward shared goals.

For these reasons, it’s useful for managers and team leaders to be well versed in conflict resolution in the workplace. Multiple strategies and techniques can be applied to find common ground, soothe disharmony and get satisfying resolutions for each person involved.

An important first step toward conflict resolution in the workplace is understanding the types of conflict that exist. In this section, we’ll take a closer look at several kinds of workplace conflict.

Task conflicts arise over specific work assignments. For example, in a task conflict, you may disagree with your colleagues about the best way to allocate resources for a particular project, or how to interpret facts or data. These conflicts always center on a concrete issue specific to a shared project.

Task conflicts often appear simple on the surface, but usually have deeper roots. For example, consider a situation where you and two other coworkers are arguing over which of you should be chosen to give an important presentation. This conflict may be rooted in long-standing jealousies or rivalries. The presentation may simply be the flashpoint.

Relationship conflicts typically arise from differences in personality or style. It shouldn’t come as a surprise that such workplace conflicts are common; after all, professional environments tend to bring people under one roof who probably wouldn’t spend time together in any other area of their lives. These fundamental differences in style may sometimes spill over into disagreement or tension.

Where task conflicts tend to arise about concrete work issues, relationship conflicts are more personal. These may bubble up, for instance, when you think a coworker dresses inappropriately for work or when a member of your team believes that a peer uses inappropriate language in the office.

These fall under the umbrella of relationship conflicts. The best way to think about them is simply to acknowledge that not everyone does the same task in the same way. You may prefer to answer all your emails at one time, late in the afternoon, while a colleague answers emails as they arrive throughout the day.

Neither approach is “right” in an objective sense, but different work styles can cause frustration. You may wonder why your colleague is so easily distracted by his email inbox, and your colleague may feel that you’re too slow in answering vital communications.

Value conflicts arise over differences in identity or values. These may include disagreements about religion, politics, ethics or social norms.

Even in a workplace where such topics are not explicitly discussed, differences in values can lead to conflict. For example, in a discussion about whether or not to implement an affirmative action program, underlying political ideologies can lead to discord.

Another type of workplace conflict is known as interdependence conflict. These conflicts arise when employees are unable to do their job properly or in a timely manner because they are held up by someone else on the team.

For example, imagine you’re a marketing professional whose job is to design brochures. You can’t do your work until you receive content from a copywriter. If the copywriter is chronically behind schedule or produces work that doesn’t meet the specified word count, it can spill over into conflict. Any time an employee’s job depends on someone else doing his or hers, the potential for friction and frustration skyrockets.

Different managers and supervisors use their authority in different ways. Likewise, team members prefer to be managed in different ways. Imagine you have a supervisor whose style is very authoritative. Some employees will appreciate the directness, while you may bristle at being “bossed around” so much and long for a collaborative approach.

Additional Insight into Conflict at Work

For more information on workplace conflict, check out these resources.

Conflict Resolution in the Workplace: Approaches and Methods

People can employ several strategies when dealing with conflict in the workplace. It’s important to understand these approaches and determine which one is right in a given situation.

One way to deal with conflict is to avoid it. Don’t push your beliefs, nor engage with others’ beliefs. Simply evade the issue.

While this may not sound like an effective long-term solution, conflict avoidance has its place. It is a wise approach if you simply don’t have time to more thoroughly deal with a conflict, if you think the matter is trivial or if you worry that engaging the issue will cause you to look petty.

There are a number of examples of conflict avoidance in action. For example:

Another approach to conflict resolution in the workplace is compromising, which means seeking an outcome that finds middle ground and partially pleases both parties.

Compromise is the best approach if it’s more important to reach a solution than it is for that solution to be perfect. For example, if a major deadline is looming and your team is in discord, even an imperfect compromise can get everyone back on track.

Competition can be understood as the opposite of compromise. In this model of conflict resolution, you push for your way and reject the other party’s way outright. This “my way or the highway” approach may only generate further conflict rather than resolving the issue. And yet, competition can sometimes be the best approach, particularly if the issue involves an important ethical element, such as discrimination.

If you feel your rights are being violated in the workplace, compromise may be unacceptable. Instead, you can decide to stand your ground until your point of view is acknowledged.

Instead of a compromise that partly pleases both parties, you may decide to forge ahead toward a solution that fully pleases everyone. This means collaborating, or cooperating, until a mutually satisfactory common ground is reached.

If you’re working on a big team project and deadlines aren’t an issue, cooperation can be a good approach. You can all weigh in with your points of view and hammer out a final product everyone feels proud of.

Cooperation is also the smart approach when different stakeholders must be pleased. For example, say you’re a hospital IT director, and you are tasked with implementing new electronic medical records software. Doctors and nurses need to feel comfortable using it, and administrators need to find it financially efficient. Cooperation can be an important strategy here: Get all the stakeholders in a room and make sure you decide on a product everyone agrees to.

Accommodation means selflessly forfeiting your own way and letting the other party do things their way. This can happen because you’ve actually been persuaded to adopt the other viewpoint, or it can be because you simply gave in.

This is a good response if you don’t feel as strongly about the issue as the other party does, or if you think it’s important to keep some peace or show that you can be a team player.

Accommodation is often the right way to resolve conflict with customers or clients who are upset or feel they have been poorly served. When dealing with an angry client, “the customer is always right” may be the best way to resolve the issue without losing the sale.

These articles provide some additional insight into conflict resolution in the workplace:

Several skills come in handy when seeking to address and resolve conflict in the workplace. In this section, we offer a few examples.

Empathy is a crucial aspect of conflict resolution. Arriving at a mutually agreeable solution requires an understanding of why each party feels aggrieved. Empathy allows you to understand where another person is coming from, even if you ultimately disagree.

For example, imagine that a coworker expresses anger at your slow email response time. It is tempting to think she is making a fuss over something trivial, but empathy might allow you to see that your slow responses keep her from getting her work done, or that she simply fears it makes the entire team appear less professional to vendors or clients. Empathizing in this way helps you take her concern seriously and reach an agreeable resolution.

In any conflict resolution situation, it’s important that you not only express your perspective clearly but also practice active listening. This means that when someone else is talking, you’re not thinking about how you’ll respond. Rather, you’re making sure you truly hear him or her.

As an example, say a subordinate is airing frustrations about your leadership style. Your first response might be indignation or hurt feelings. By truly listening, though, you might hear why he is frustrated, which is that he believes your leadership style actually impedes his ability to work productively.

The ability to forgive is also a crucial aspect of conflict resolution. Maybe a team member acted thoughtlessly, hurt your feelings or inconvenienced you without realizing it. If that person apologizes and resolves to change her behavior, then quickly forgiving her is the best way to put conflict in the rear-view mirror.

If you’re called on to mediate a conflict between two other employees, impartiality is crucial. If others feel you’re playing favorites, resentment and conflict can fester.

Say you’re in the position of choosing which employee gets to attend a prestigious conference, and two team members are vying for the position. The ability to make this decision based on who’s more deserving, not just who you personally get along with, is vital for team unity.

Self-awareness is another important skill in conflict resolution. Simply put, it’s important to have a sense of how your actions and words are perceived by others.

As a simple example, say you’re frustrated with a coworker you feel dresses inappropriately for work. Before voicing your complaint, consider if there are any aspects of your own workplace attire that could be perceived as unprofessional. Also contemplate whether you’re the right person to address the matter, or if it might be better left to another manager of the same gender, the same age demographic, etc.

In thinking about the skills required for conflict resolution in the workplace, these resources provide some insight.

Every workplace sees conflict from time to time. Possessing the ability to mediate conflict can help you bring more productivity to your team and keep morale high. Spend some time thinking about your personal approach to conflict resolution in the workplace, and about the skills you should develop to become an even better mediator.

Harvard Law School, “3 Types of Conflict and How to Address Them

Learning Hub, “5 Most Effective Conflict Management Styles (+When to Use Each One)”